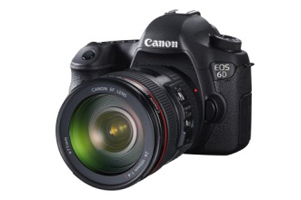 Canon first introduced EF Cinema Lenses in November 2011, positioning the all-new series of video cinematography lenses at the core of the company’s Cinema EOS System of professional digital cinematography products. To date, Canon has launched 11 EF Cinema Lenses, the first of which went on sale in January 2012.

Both of the new prime lenses under development will support 4K (4096 x 2160 pixels) production standards, with a level of resolution exceeding four times the resolution of Full HD, while offering compatibility with not only industry-standard-size Super 35 mm-equivalent sensors, but also 35 mm full-frame, APS-H-size and APS-C-size sensors. While details regarding specifications and pricing have yet to be determined, Canon aims to launch the two new lenses in the first half of 2013.

Canon will exhibit the lenses from September 7 to 11 at IBC2012, Europe’s largest professional broadcast show, in Amsterdam, the Netherlands.

Canon will continue to enhance its Cinema EOS System product lineup to support diverse imaging creation in the motion-picture and other digital high-resolution production industries, contributing to further expanding the possibilities in visual expression and the development of cinematic culture.