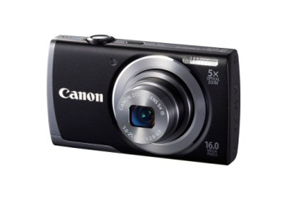 The benefits of an optical zoom
Operating the zoom lens on a Canon PowerShot or IXUS alters the configuration of the optical elements inside the lens and brings your subject closer without losing detail.

By contrast, a basic digital zoom (often used on mobile devices that are unable to provide an optical zoom) takes the central portion of the image and enlarges it to achieve the effect of a zoom. The enlarged image is not enhanced, causing a loss of image quality compared to an optical zoom.

If you want to go beyond the impressive optical zoom ranges of the latest IXUS and PowerShot models, they feature a higher quality digital zoom named ZoomPlus. This is an enhanced digital zoom which allows you to get even closer to the action, with greater visible detail and sharpness than conventional digital zooms.

The result is reduced blur for both photos and movies which can otherwise be a common problem when using the zoom or using a camera in low light. On the latest cameras, Canon’s Intelligent IS technology combats shake in a range of situations by selecting the most effective IS mode from up to 7 to stabilise the camera movement whether you’re filming while walking or shooting a macro subject where the type of camera movement in relation to the subject is different.